Alberto Giacometti was born in Borgnovo, Switzerland on October 10, 1901. The eldest of four children, Giacometti was raised in an artistic atmosphere. His father was an Impressionist painter and his brother Diego was a future sculptor and furniture designer. From 1919-1920, he studied painting at the Ecole des Beaux-Arts and Sculpture, in addition to drawing and sculpture at the Ecole des Arts et Métiers in Geneva. Giacometti settled in Paris in 1922 where he also studied at the Ecole de la Grande Chaumiere under Bourdelle. Together with Diego, he opened an atelier in 1925, and two years later he exhibited his sculpture for the first time at the Salon des Tuleries in Paris.

Giacometti met André Masson in 1928, and it was through him that Giacometti was introduced into the Surrealist circle. This initiation was further cemented by a contract that he signed with Pierre Loeb, the preeminent dealer of the Surrealists. Giacometti spent approximately four years with Surrealists, a period that included his first solo show at the Galerie Pierre Colle in Paris (1932) and his first American solo show at the Julian Levy Gallery, New York (1934.)

The forties found Giacometti involved in a different movement, this time that of the existentialists; this association was founded upon close friendships with Simone de Beauvoir and Jean Paul Sartre. Sartre wrote the preface for the catalogue of the 1948 Giacometti show at the Pierre Matisse Gallery, thereby publicly linking Giacometti to the existentialist movement.

Many awards and distinctions filled the later part of Giacometti’s life. In 1955, he was honored with retrospectives at the Arts Council Gallery in London and the Solomon R. Guggenheim Museum in New York. He won the grand prize for sculpture at the 1962 Venice Biennale. Three years later he received the Grand Prix National des Arts from the French Government. Giacometti died on January 11, 1966. He was 64. 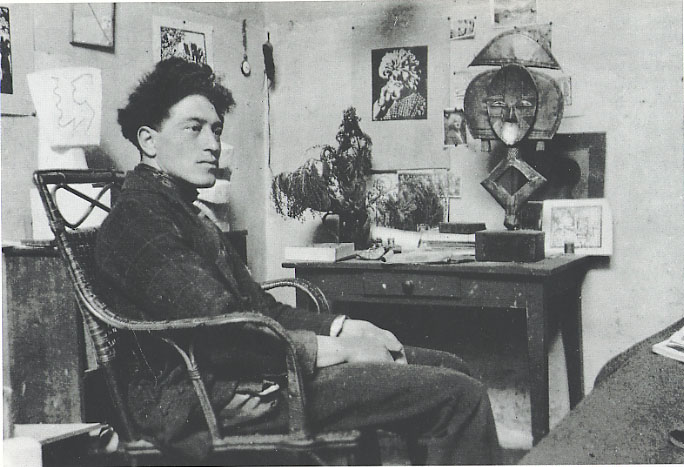