Andy Warhol was born Andrew Warhol in Pittsburg, Pennsylvania on August 6, 1928. After studying commercial art at the Carnegie Institute of Technology in Pittsburg, Warhol began his career as an illustrator for fashion magazines such as Vogue and Harper’s Bazaar. Through this, he gained notoriety for his I. Miller shoes advertising campaign. Inspired by his work in fashion, Warhol used his experience in commercial art as a launching pad for his career in fine art. This led to his first one-man show in New York City’s Hugo Gallery in 1952, entitled “Fifteen Drawings Based on the Writings of Truman Capote.”

It was not until 1962, however, that Warhol began producing the silkscreen images and portraits for which he is now famous. He painted a variety of subjects, ranging from comic-strip characters and images derived from advertisements, to highly renowned celebrities. During this time he also founded The Factory, originally located at 231 East 47th Street (moved to 860 Broadway in 1974.) It was there that Warhol hired various art assistants to work on painting, film and music projects. Films produced around this period include Chelsea Girls, Lonesome Cowboys, and Trash; purposefully monotonous, the films aimed at inciting boredom and frustration in the viewer.

Warhol was honored with a major retrospective of his work organized by the Pasadena Art Museum in 1970, traveling around the United States and abroad. During this decade, he also branched into other endeavors, including the founding of Interview Magazine. Pursuing this interest in writing, he published his autobiography entitled The Philosophy of Andy Warhol: From A to B and Back Again in 1975. By the end of the decade, Warhol returned to painting, accepting various commissioned portraits and producing his “Hammer and Sickle” series.

Warhol directly influenced many young artists working in the 1980s by collaborating with them on various projects. Among these artists were Jean-Michel Basquiat, Keith Haring, and Francesca Clemente. On February 22, 1987, Warhol passed away from complications after a gall bladder operation. 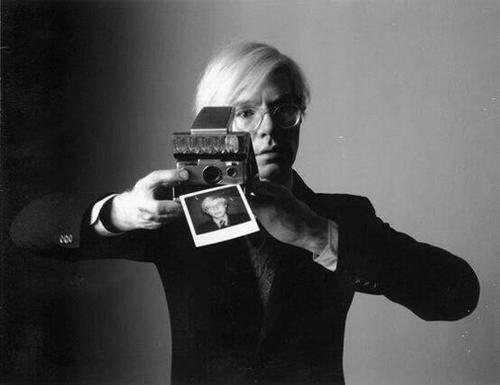