Benny Safdie was born in 1986 in New York and graduated from Boston University School of Communication in 2008.

Safdie’s interest in photography began at an early age. His photographs invite the viewer to experience his perspective through the lens of his camera. Safdie shoots with a Rolleiflex 2.8 FX, and finds inspiration within the imposed constraints of the camera’s square format negatives. He pushes the format to its limits, exploring new ways to embrace its boundaries. By using a fixed lens camera with no option to zoom, the photographs reflect Safdie’s full, unedited view of his subjects at the moment the shutter is released, drawing the viewers into the photographer’s own reality. The unique display of his works in some exhibitions at various heights and placements also emphasizes this experience of the artist’s perspective.

Safdie’s photographs were exhibited at the 2007 edition of Silvermine Guild Arts Center’s national triennial photography exhibition SPECTRA, New Canaan, CT, and at New York City’s Yoshii Gallery, in For all the Squares (2017) and Benny Safdie: Look Around (2019).

Together with his brother, Joshua, Safdie produces, directs, and writes screenplays. Their films have premiered at Cannes, Venice, New York, and Sundance film festivals and have been shown at the Film Society of Lincoln Center and the Museum of Modern Art in New York. In his work as a photographer, Safdie has found refuge in a tranquility and solitude that act as a counterweight to the manic nature of film production. 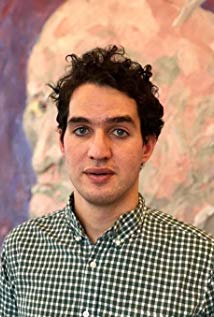