Isamu Noguchi, the son of an American mother and Japanese father, was born on November 17, 1904 in Los Angeles. When he was two, the family moved to Japan, where Noguchi developed his life-long appreciation for and love of nature. Fearing the consequences of growing up as a biracial child in Japan, Noguchi’s mother sent her son back to the United States and enrolled him in American schooling.

Although he initially enrolled in medical school at Columbia University, in New York, Noguchi had begun to develop skill in sculpting by taking night classes at the Leonardo da Vinci Art School. Encouraged by his mother, Noguchi eventually dropped his studies at Columbia in order to pursue art full-time. Noguchi left New York for Paris, France after receiving a Guggenheim Fellowship in the spring of 1927. Despite being intent to travel as far as Japan with the Fellowship, Noguchi took up a position as Constantin  Brâncuși’s studio assistant after meeting the artist in Paris. He remained in the city for two years before cutting his trip short to return to New York.

For the rest of the twenties and the decade that followed, Noguchi traveled and explored his artistic expression and love for nature. This period of discovery, however, was halted by his voluntary entry into a Japanese relocation camp in Arizona from 1941-1942. (Living on the East Coast, Noguchi was not required to enter the camp, but chose to because he thought he could make life more comfortable for those detained by creating recreational spaces and landscape projects. Noguchi left the camp after none of his visions could be realized.)

After a solo show at Egan Gallery in New York, Noguchi left the United States again in 1949 with a fellowship from the Bollingen Foundation. Traveling to several countries across Europe and Asia, Noguchi learned more about stones, historic monuments, and ancient architectures. Noguchi’s interest in the relationship between sculpture and architecture grew from this experience, and reinforced his own notion that sculpture should play an integral role in society.

During the fifties, Noguchi was in a brief marriage with Chinese-Japanese film star Yoshiko Yamaguchi. It was also during this decade that Noguchi began to focus more on architectural sculpture. In addition to designing and building bridges, gardens, and monuments, Noguchi also developed his paper lanterns, which he named Araki (Japanese for “illumination”).

In 1968, the Whitney Museum of American Art honored Noguchi with a retrospective. Noguchi spent the remainder of his life in New York City, opening his sculpture garden museum in 1981 across the street from his studio in Long Island City, Queens. 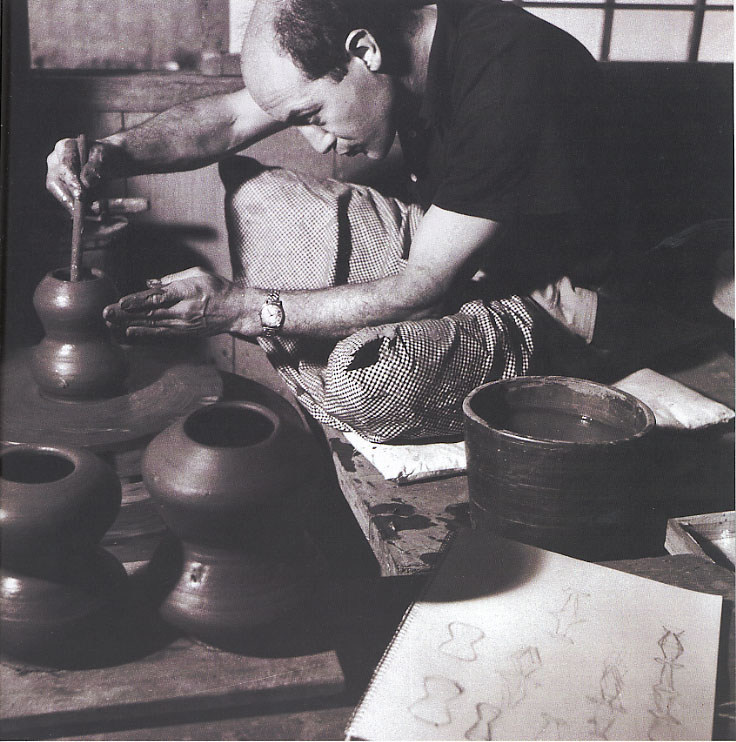