The dynamic duo, brothers Jake and Dinos Chapman, are known for their multimedia art that showcases their energy, relationships with politics, religion, and death. Often times their art airs on the edge of disturbing, but both have every intention to make the viewers as shocked as possible. There is constant discrepancy over the meaning of their pieces, when in reality they just hope to bring a realization about how our society consumes violence. The brothers create in plastic, fibreglass, photography, drawing, and painting amongst countless other mediums.

The brothers are currently based in England, United Kingdom. 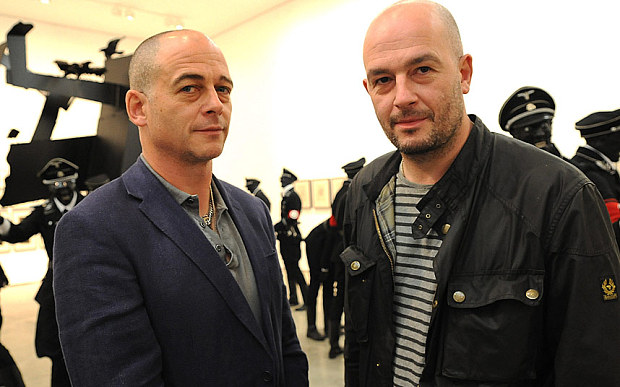