Jean Arp was born in Strasburg on September 16, 1886 to a German father and Alsatian mother. As a young man, Arp spent a short time studying at Ecole des Arts et Métiers, but left to study at the Kunschuk Weinmar from 1905-1907. In 1908, he went to Paris, where he attended Académie Julian.

After spending a few years in Switzerland, Arp returned to Paris and fell into an artistic circle that included Guillaume Apollinaire, Max Jacob, Amadeo Modigliani, and Pablo Picasso. Arp, however, only stayed in Paris for one year, returning to Zurich in 1915 where he commenced an artistic relationship with Sophie Taeuber, his future wife. That following year, Hugo Ball opened the Cabaret Voltaire, which acted as a meeting place for many in the Dadaist movement, of which Arp became a part. Even after leaving Zurich in 1919, Arp continued his Dadaist activities, participating in the Exposition Internationale Dada at the Galerie Montaigne in Paris.

During the 1920s, Arp became a member of the Surrealists and showed his work in the first exhibition of the Surrealists at the Galerie Pierre in Paris in 1925. Arp was interested in automatism (involuntary or unconscious action) and it became a concept central to his artmaking process. For example, he would create collages by letting pieces of torn paper fall freely to the ground and glueing them where they landed. He also produced many abstract reliefs in wood during this time. After 1928, however, Arp began to focus more on creating three-dimensional sculptures in the round. His interest in these simple, anthropomorphic forms appealed to the Surrealists, particularly Joan Miró.

From the 1930s until his death on June 7, 1966, Arp spent much of his time writing and publishing poetry and essays. He contributed to magazines such as Merz, Mecano, destijl and La Revolution Surrealiste. His visual work, however, continued to bring him great acclaim, including a grand prize for sculpture at at 1954 Venice Biennale. In 1958, he was honored with a retrospective at the Museum of Modern Art, New York, and four years later at the Musée National d’Art Moderne in Paris. 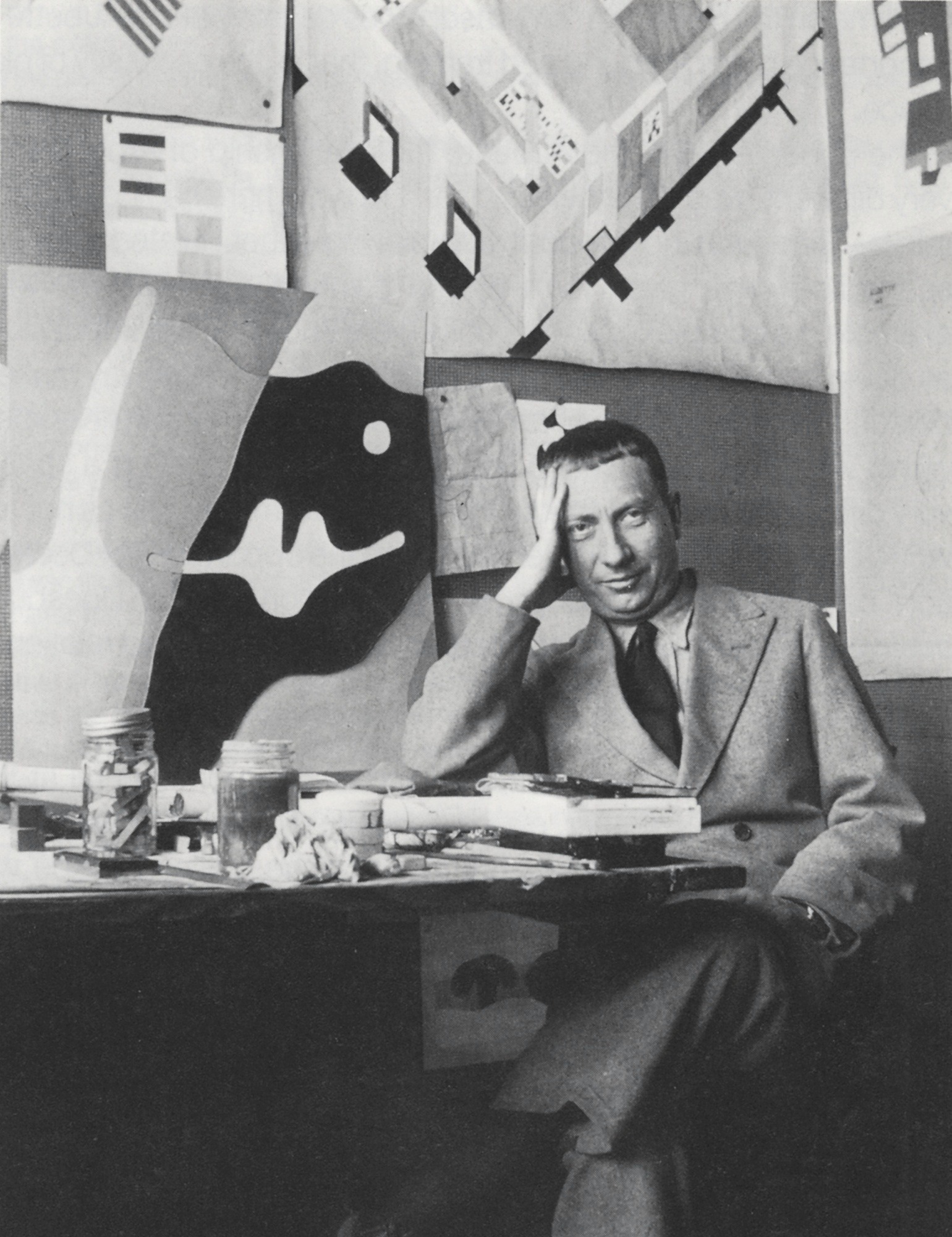