Jean-Michel Basquiat was born on December 22, 1960 in Brooklyn, New York. The son of a Haitian father and Puerto Rican mother, Basquiat’s interest in art began in his childhood. His mother encouraged this interest, frequently taking him to the Brooklyn Museum and the Metropolitan Museum of Art. From this exposure, Basquiat grew to admire artists like Cy Twombly, Franz Kline, and Jean Dubuffet, while also developing an interest in cartoon and comic book drawings.

In high school, Basquiat met Al Diaz and together they began painting graffiti on the D train and the IND line around lower Manhattan, which they signed with the name “SAMO” (“Same Old Shit”). Various sayings posted around the city included, “SAMO as an end to mindwash religion, nowhere politics, and bogus philosophy,” and “SAMO saves idiots.” These phrases created much popularity and talk and generated interest in Basquiat’s work. In response, Basquiat began selling hand-painted postcards and T-shirts.

René Ricard, who loved Basquiat’s colorful style and deeply textured work, published the first article on Basquiat in Artforum (1981), entitled “The Radiant Child.” This was complemented by Basquiat’s first public exhibition in a show sponsored by COLAB (Collaborative Projects Incorporated) that same year. Two years later, he was included in the 1983 Whitney Biennial Exhibition, and by the time he was 24 he had enjoyed 23 solo shows at galleries including Gagosian (Los Angeles) and Mary Boone Gallery (New York). Basquiat’s fame was cemented in February 1985, when he was featured on the cover of The New York Times Magazine as a subject of Cathleen McGuigan’s article entitled “New Art, New Money: The Marketing of an American Artist.”

Preferring to be considered a fine artist rather than graffiti artist, Basquiat surrounded himself with other contemporary artists, such as Francesco Clemente, Keith Haring, and Andy Warhol. Alongside his large success and popularity, Basquiat possessed a serious drug addiction and died tragically from a heroin overdose in 1988. 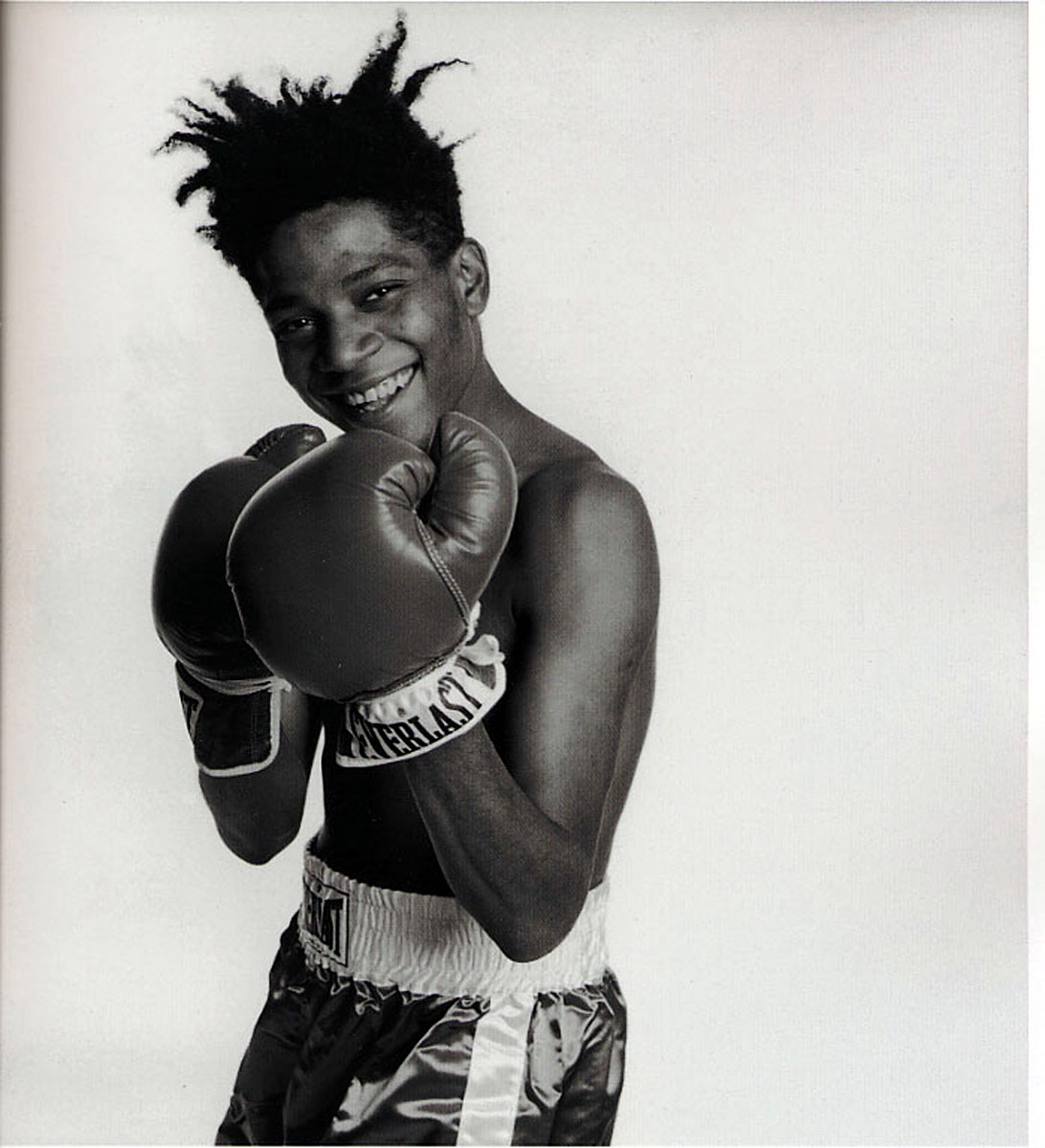