Joan Miró was born in Barcelona, Spain in 1893. Although he was drawn to art, he yielded to his parents’ pressure to study business and took a job as a clerk. Two years later, however, Miró suffered a nervous breakdown. His parents therefore relented and allowed him to enroll in La Lonja School of Fine Arts in Barcelona. Miró had his first individual exhibition in the Dalmau Galleries in 1918. After this success, he moved to Paris in 1921 where he exhibited at La Licorne Gallery the same year.

In 1924, Miró officially joined the circle of artists working in contemporary Surrealism and in the following year was featured in the group’s first exhibition at the Galerie Pierre in Paris. Known popularly as his “dream pictures,” Miro’s paintings from 1925-1928 show heavy Surrealist influence. His use of brilliant colors with simple figures depict the world around him with the wonder of a childlike sensibility.  As time progressed, however, Miró became interested in other mediums like collage, sculpture, engraving, lithograph, watercolor, pastel, and copper painting, all the while working within a Surrealist vein.

As a result of the Civil War, Miró abandoned his part-time residence in Spain in 1936 to live year-round in Paris. Despite the political turmoil of the time, Miró’s career surged after being featured in two major exhibitions in the same year at the Museum of Modern Art in New York: Cubism & Abstract Art and Fantastic Art, Dada, and Surrealism. A year later, Miró exhibited work at the 1937 World’s Fair in Paris.

From 1940-48, Miró returned to Spain and worked in ceramics, sculpture, and murals. The years that followed showered even more prestige on the artist’s already immensely successful career, namely his reception of the Grand Prize for Graphic Work at the 1954 Venice Biennale. A few years later, Miró installed two ceramic murals in the UNESCO building in Paris, entitled The Wall of the Moon and The Wall of the Sun (1957-9). Multiple retrospectives followed the installation at the Musée National d’Art Moderne in Paris (1962) and another at the Grand Palais in Paris (1974). Two years later, the Fundació Joan Miró was founded in Barcelona. 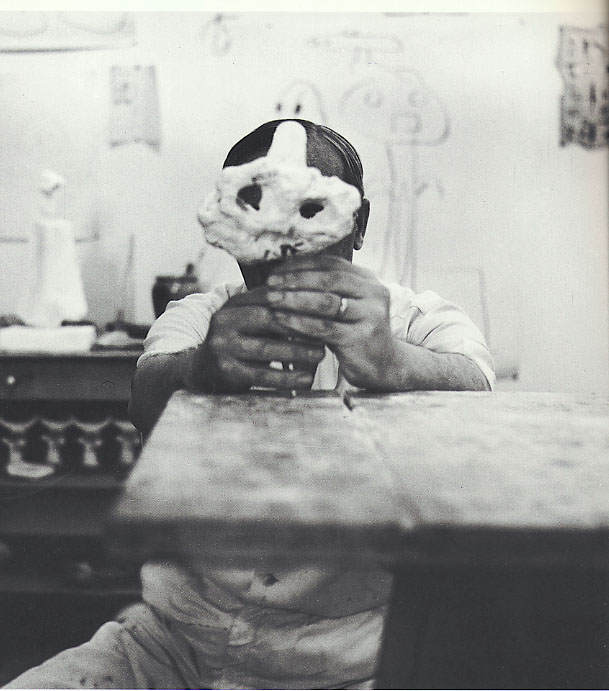