John Chamberlain was born in 1927 in Rochester, Indiana. He began his creative career at the Art Institute of Chicago, after which he attended the Black Mountain College in 1955. Just a year later, Chamberlain moved to New York where he began to discover his identity as an artist. By 1961, Chamberlain had garnered enough attention with his assemblage sculptures composed from discarded metal debris to be included alongside legendary artists like Marcel Duchamp and Pablo Picasso in the Museum of Modern Art’s exhibition The Art of Assemblage.

Employing a wide range of disparate, junked parts from automobiles and other metal objects, Chamberlain welcomed a variety of visual and structural outcomes his materials offered. The character of his work is rooted in the time period he was creating in, that of a maturing industrial society. In constructing these sculptures, Chamberlain combined discarded and often unrelated metal parts to create a singular, haphazardly-cohesive work. He manipulated the malleable metals he worked with as any sculptor would: twisting, crushing, bending, and adhering each piece to one another. Often the finished product was larger than life, its pronounced presence imposing on the viewer as it simultaneously encouraged them to take a closer look at their own society through assemblage. Chamberlain is frequently noted for his influence in the evolution of public sculpture for introducing industrial, especially junked materials as a medium in fine art.

Chamberlain’s work has been shown at many acclaimed institutions in solo, group, and biennial exhibitions globally. The worldwide display of his work not only demonstrates his prolific success as an artist, but it also speaks to a universal quality found in his work. 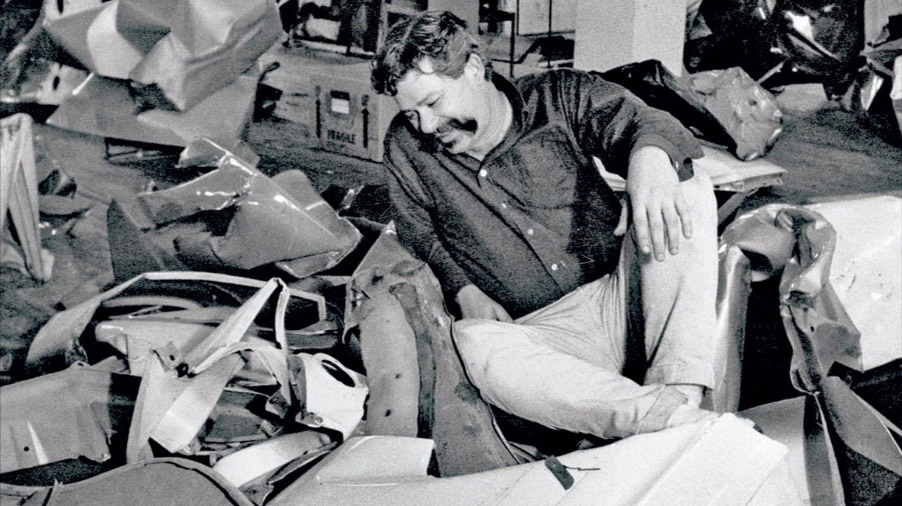