Julio Gonzalez was born in Barcelona on September 21, 1876. As a child, he apprenticed in his father’s foundry, learning to forge and weld metals. After the death of his father in 1896, Gonzalez sold the family business and moved to Paris with his brother and sisters. Gonzalez had planned on becoming a painter in the family’s new home, but salons in the city refused to accept his work. His lack of professional success, compounded by the death of his brother, Joan, in 1908 caused Gonzalez to suffer a nervous breakdown. Taking the advice of his friend, Paco Durrio, Gonzalez turned once more to working with metals, creating reliefs and small sculptures in an attempt to relieve his depression.

Alongside his return to metalwork, Gonzalez continued to pursue his interest in painting. After submitting more of his work to salons, he eventually was able to exhibit at the Salon d’Automne and Salon de la Société in 1909. More success followed a decade later when Gonzalez was given solo shows at Galerie Pavlovsky (Paris) in 1922 and Galerie de Caméléon (Paris) in 1923.

It was only at the end of the 1920s that Gonzalez began to focus primarily on sculpture after he took a position in Constantin Brancusi’s studio from 1925-6. Shortly thereafter, Pablo Picasso asked Gonzalez to work with him on several metal sculptures, and Gonzalez taught Picasso the technique of welding. The two spent three years on projects together, an experience which shaped Gonzalez’s use of technique to take on a more abstract, cubist tone. The sculptures from this era were constructed by assembling parts to create a whole, with the links holding the form together left exposed.

The 1930s were characterized by both fortune and despair for Gonzalez. In 1934 the artist exhibited six of his sculptures at Kunthaus Zurich in a group exhibition that included other prolific contemporaries like Jean Arp, Max Ernst, Alberto Giacometti, and Joan Miró. Three years later, Gonzalez married his lifelong companion Marie-Thérèse Roux. Outside of this, however, the world was entrenched in political turmoil in the midst of the Spanish Civil War and World War II lurking close behind. The emotional weight these events on Gonzalez appears in his art: departing from abstract forms, he turned toward more humanistic forms that could better express the torture and anguish he and many others felt. After the German occupation of France, Gonzalez and his wife left the country temporarily and returned a year later to Arcueil. 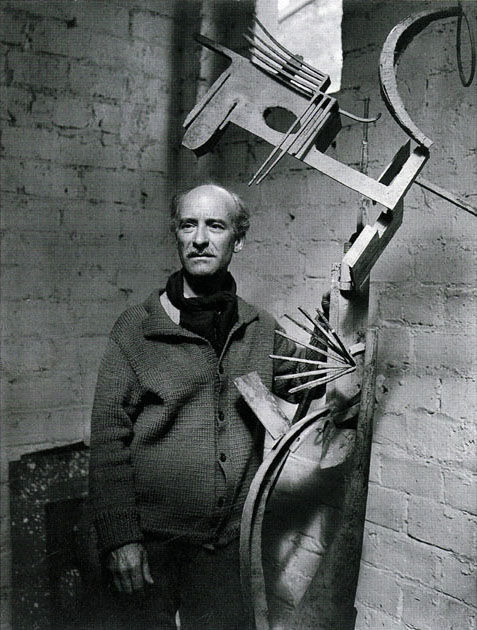