Louise Bourgeois was born in France on Christmas Day, 1911, and grew up in Paris where her parents owned a workshop for restoring tapestries. As a child, Bourgeois helped in the studio, but was stricken with grief at age eight when her mother passed away. In the wake of this tragic and incomprehensible loss, Bourgeois turned to the subject of geometry, attracted to its orderly and logical patterns. Upon first entering the Sorbonne Bourgeois studied mathematics, but later pursued art as her field of study at various schools like Ecole du Louvre, Académie des Beaux-Arts, Académie Julian, and Atelier Ferdinand Léger. During that time, Bourgeois concentrated her artmaking practice in engraving and painting.

Bourgeois came to the United States in the 1930s and married art historian Robert Goldwater in 1937. Together they had three sons, whom they raised in their apartment on East 18th street in New York City. In the early 1940s, Bourgeois entered the Art Students League, studying under Vaclav Vytlacil. While there, her work began to reflect the expressive, neo-cubist teachings of her mentor. At the same time, Bourgeois developed a greater affinity for sculpture and drawing. Even though she states that her drawings are independent of her study sketches of sculptures, Bourgeois maintains that her sculptural works always precede her drawings in importance. Her work explores a myriad of different themes, often drawing from her own biography and childhood alongside an interrogation of the roles of gender and sexuality. Bourgeois’s sculptures, created in mediums such as rubber, bronze, and stone, occasionally bear semblance to primeval art, perhaps an influence of her husband who often addressed this subject in his writing.

In 1945, Bourgeois had her first solo show at Bertha Schaefer Gallery in New York, followed four years later by the first showing of her sculptures at Peridot Gallery in New York. Bourgeois spent the following decades concentrating on her art, and was granted an honorary doctorate from Yale in 1977. In 1982, the Museum of Modern Art, New York organized a retrospective of her work, and in 1993 Bourgeois represented the United States in the Venice Biennale. After a prolific and extensive career, she passed away in 2010 at the age of 98. 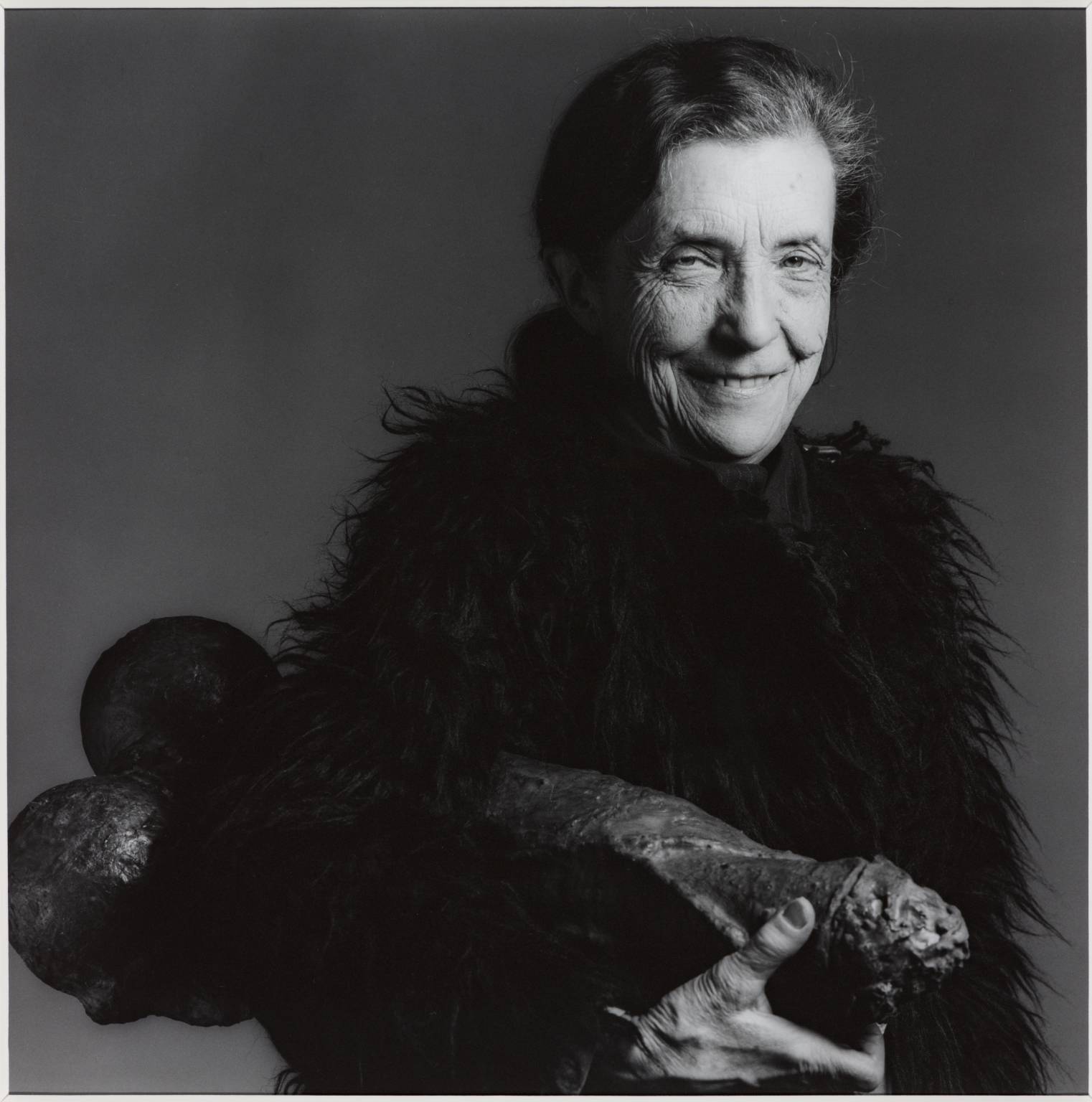