Matt Maust is a Los Angeles based artist specializing in mixed media artworks that combine collage, photography, painting, and written phrases. Perhaps best known as the bassist for the band Cold War Kids, Maust has consistently maintained a visual art studio practice and continually creates art, either at home in his studio or on the road while touring with his band.

Maust’s multidisciplinary process involves combining a variety of influences into rich, layered artworks imbued with the paradoxical tension and ease of his native Los Angeles. The vernaculars scattered throughout his pieces are often drawn from real conversations he observes. Stripped from their initial contexts they become another layer within the physical object: humorous, insightful, poetic or raw. Maust often reworks his artworks over and over in a process that can take years to complete, tearing up and repurposing old pieces until he arrives at a finished work. Maust largely incorporates his own photography in his work, reappropriating these images as he strives for a more mass produced look. At times, he will photocopy an image multiple times to degrade the image and, in his own words, “make it look stolen.” The chaotic and frenetic composition of the works belie their structured and heavily crafted nature. Maust’s finished artworks seamlessly combine a variety of materials that at once seem both mass produced and deeply personal.

He is currently a member and creative director for the bands Cold War Kids and French Style Furs and graduated from college with a BA in Graphic Design. Maust has exhibited his work throughout the United States, with shows in Los Angeles, New York, and Miami Beach, as well as in the UK, with a group show in London. 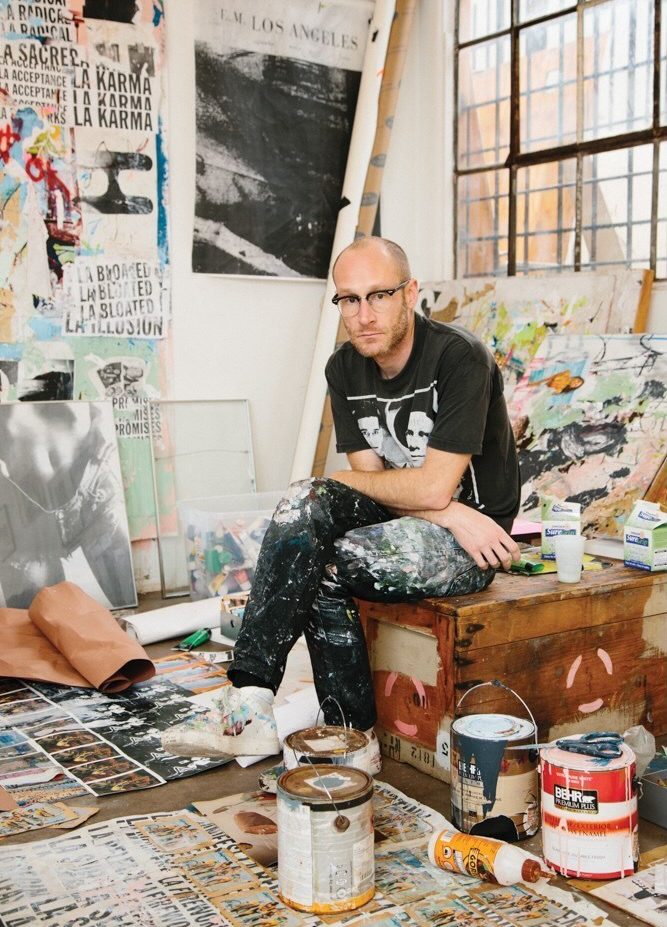