Max Ernst was born in Bruhl, Germany in 1891. He enrolled in the University at Bonn in 1909 to study philosophy but abandoned this to pursue art. At that time, he was interested in psychology and the art of the mentally ill. In 1911, Ernst became friends with August Macke and joined the Rheinische Expressionisten group in Bonn. Ernst first exhibited at the Galerie Feldman in Cologne in 1912. At the Sonderbund exhibition in Cologne that year, he saw works of Paul Cézanne, Edvard Munch, Pablo Picasso and Vincent Van Gogh. One year later, he met Guillaume Apollinaire and Robert Delaunay, and participated in Erste deutsche Herbstsalon. In 1914, he met Jean Arp who was to become Ernst’s lifelong friend.

Despite being enrolled in military service throughout World War I, Ernst was still able to continue painting and exhibited at Der Sturm in Berlin in 1916. A soldier in the artillery division, he was exposed greatly to the drama of warfare and emerged deeply traumatized and highly critical of western culture. These sentiments directly influenced how he viewed the modern world as irrational, an idea which became the basis of his world. He returned to Cologne in 1918 and the next year, he produced his first collages where he made use of various materials including illustrated catalogs and manuals to produce his own futuristic world of dream and fantasies, helping him to heal from his own personal issues and dramas. He also founded the short-lived Cologne Dada movement with Johannes Theodor Baargeld and was joined by Arp and other artists. In 1921, Ernst exhibited for the first time in Paris at the Galerie au Sans Pareil and was heavily involved in Surrealist activities in the early 1920s with Paul Elauard and André Breton. In 1925, Ernst executed his first frontages. a series of frontages was published in his book Histoire naturelle in 1926. He also collaborated with Joan Miró on designs for Fergei Diaghilev that same year. The first of his collage-novels, La Femme 100 têtes, was published in 1929 and the following year, Ernst collaborated with Salvador Dalí and Luis Buñel for the film L’Age d’or.

His first American show was held at the Julien Levy Gallery in New York in 1932. In 1936, Ernst was represented in Fantastic Art, Dada, Surrealism at the Museum of Modern Art in New York. In 1939, he was interned in France as an enemy alien. Two years later, he fled to the United States with Peggy Guggenheim, whom he married in 1942. In New York, he was joined by Piet Mondrain and Marcel Duchamp who were his fellow avant-garde artists from Europe, and together they influenced a number of aspiring professional American artists during that period. After his divorce from Peggy Guggenheim, he married surrealist painter Dorothea Tanning and resettled in France in 1953. Ernst received the Grand Prize for painting at the Venice Biennale in 1954, and had a major retrospective at the Solomon R. Guggenheim Museum in 1975 which later travelled to Musée National d’Art Moderne, Paris in 1975. Ernst passed away on April 1, 1976 in Paris. 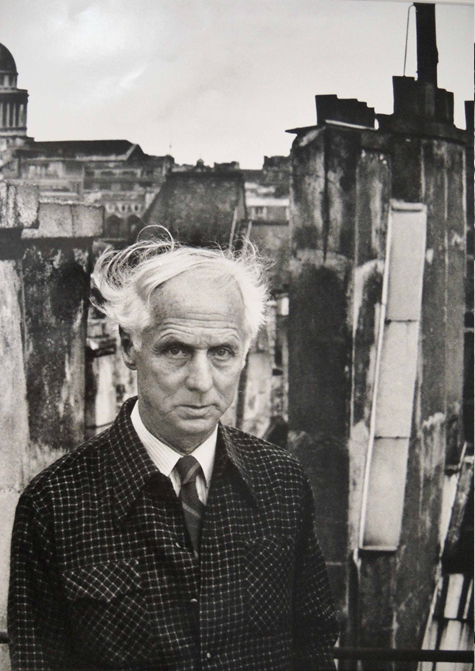