Paulo Monteiro was born in São Paulo, Brazil in 1961. He is a painter, sculpture and designer. In the 1980s, he was one of the founding members of the “Casa7” group with Carlito Carvalhosa, Nuno Ramos, Rodrigo Andrade and Fabio Miguez. which was important in the revival of painting in São Paulo.

In his early years, Monteiro attended Colegio Equipe Secondary School together with the filmmaker Cao Hamburger, and the writers Augusto Massi and Arnaldo Antunes. Towards the end of the 1970s, he contributed comic strips to unlicensed, underground magazines in São Paulo like Boca and Almanak Makongo, and designed front covers for three unique editions of Papagaio. His drawings were influenced by American cartoonists Robert Crumb and George McManus. After having spent time studying at  at the Faculdade de Belas Artes de São Paulo and working in Sérgio Fingermann’s engraving studio, Monteiro visited the XVI São Paulo Bienal in 1981. This experience ended up directing his artmaking in a new direction: after becoming so impressed with the the Philip Guston exhibition, Monteiro began to paint.

In 1985, Monteiro’s paintings were included in the XVIII São Paulo Bienal, but at a moment in his career where his work was shifting toward abstraction. A year later he began to work across a varied field of media as well, creating wall and floor pieces, gouaches, and drawings.

His drawings eventually became the subject of a 1991 book and presentation by Alberto Tassinari. Monteiro’s works were exhibited at important exhibitions including Modernidade, arte brasileira do século XX (Modernity, Brazilian art of the twentieth century) at the Musée d’Art Moderne de la Ville in Paris, France in 1987 and 1998. He was also featured in Desenho Contemporãneo Brasileiro (Contemporary Brazilian Drawing) in Karmeliterkloster, Frankfurt, Germany, and showed sculptures at the XXII São Paulo Bienal.

In 2000 Monteiro showed drawings and sculptures in the exhibition Brasil 500 anos (Brazil 500 years) at the São Paulo Bienal Foundation building, and at the Calouste Gulbenkian Foundation in Lisbon, Portugal. In 2008, the Pinacoteca do Estado de São Paulo organized the exhibition Paulo Monteiro: A Selection 1989 – 2008, and in partnership with publisher Cosac & Naify released a monograph on the artist with text by Paulo Venãncio and Taisa Palhares. 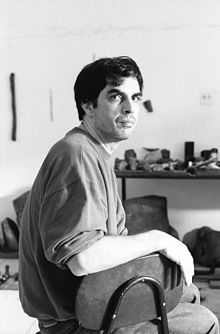