Stuart Arends lives and works in Willard, New Mexico, in a sun-drenched studio in the vast southwestern countryside. Arends takes a minimalist approach to his artworks, focusing on the physicality of his creations and choosing materials that can hold their own, rather than acting simply as a means to convey an image. His supports range from found wood, to sake boxes or aluminum cubes, and the wax, paint, and lacquer he applies to their surfaces lend the artworks a lustrous glow. Arends works on a small scale, bestowing his pieces with a distinctly personal quality, and drawing the viewer fully into the experience.

Stuart Arends’ work has been exhibited widely throughout the United States and Europe and is included in the permanent collections of The Whitney Museum of American Art in New York, The National Gallery of Art in Washington, D.C., The Albright-Knox Gallery in Buffalo; the Lannan Foundation, Santa Fe; Villa Menafoglio Litta Panza, Verese; MAIS (Museum d’ Arte, Italy, Switzerland), Lugano; MART (Museum of Art Rovereto and Trento), Rovereto; Kunstmuseum Liechtenstein, Vaduz, and others. His works have been written about extensively in exhibition catalogues and publications such as, Temma Celesta, FMR, Interni, Art in America, Vogue Italia, Forbes Korea, Flash Art International, and the Brooklyn Rail, among others.

The artist received his MFA from the Otis Art Institute in Los Angeles, in 1981. He is the recipient of two Pollock/Krasner Foundation Grants in 2013 and again 2019, as well as two National Endowment For The Arts Grants, in 1990 and 1991. Arends was raised in the small farming community of Grundy Center, Iowa. 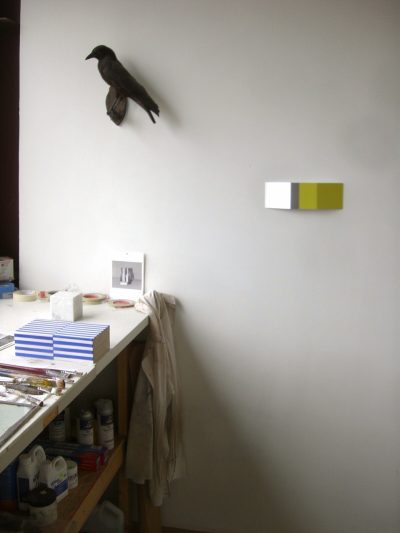