Taizo Kuroda, born in Japan on January 1, 1946, is widely recognized as one of the most important artists in Japanese contemporary ceramics.

Kuroda began his study of ceramics while living in Montreal, Canada during the late 1960’s. During his time in Canada, he studied under the ceramic artist Gaétan Beaudin whose work had many sculptural overtones. Kuroda also traveled back to Japan to study under Shimaoka Tatsuzō, a student of world-renowned potter Shōji Hamada who would later become a Living National Treasure of Japan. In 1981, Kuroda made a permanent return to Japan where he continued to pursue his work with porcelain in a simple studio he built for himself.

In 1992, Kuroda developed his distinct white porcelain style. Kuroda’s works differ from traditional porcelains in that they are either finished with a non-sparkling glaze similar to the surface of candle wax or have no glaze at all. Many of his recent works are painstakingly burnished, using extremely fine grains of sandpaper to produce a soft, delicate surface that subtly reflects light. The ceramics’ asymmetric designs and minor imperfections hint at the artist’s hand in their creation, making them more compelling than their mass-produced counterparts.  Although traditional Chinese and Korean influences are clear in Kuroda’s work, he imbues his pieces with his own style and striking details like long slender necks or dramatically tapering bases.

Towards the end of his life, Taizo Kuroda lived in a simple house he designed for himself at the edge of a cliff in Futo.  He tended to his garden and a bamboo forest, but spend much of his time in his studio making white porcelain.  He maintained his passion and commitment to his work until he passed away on April 13, 2021. 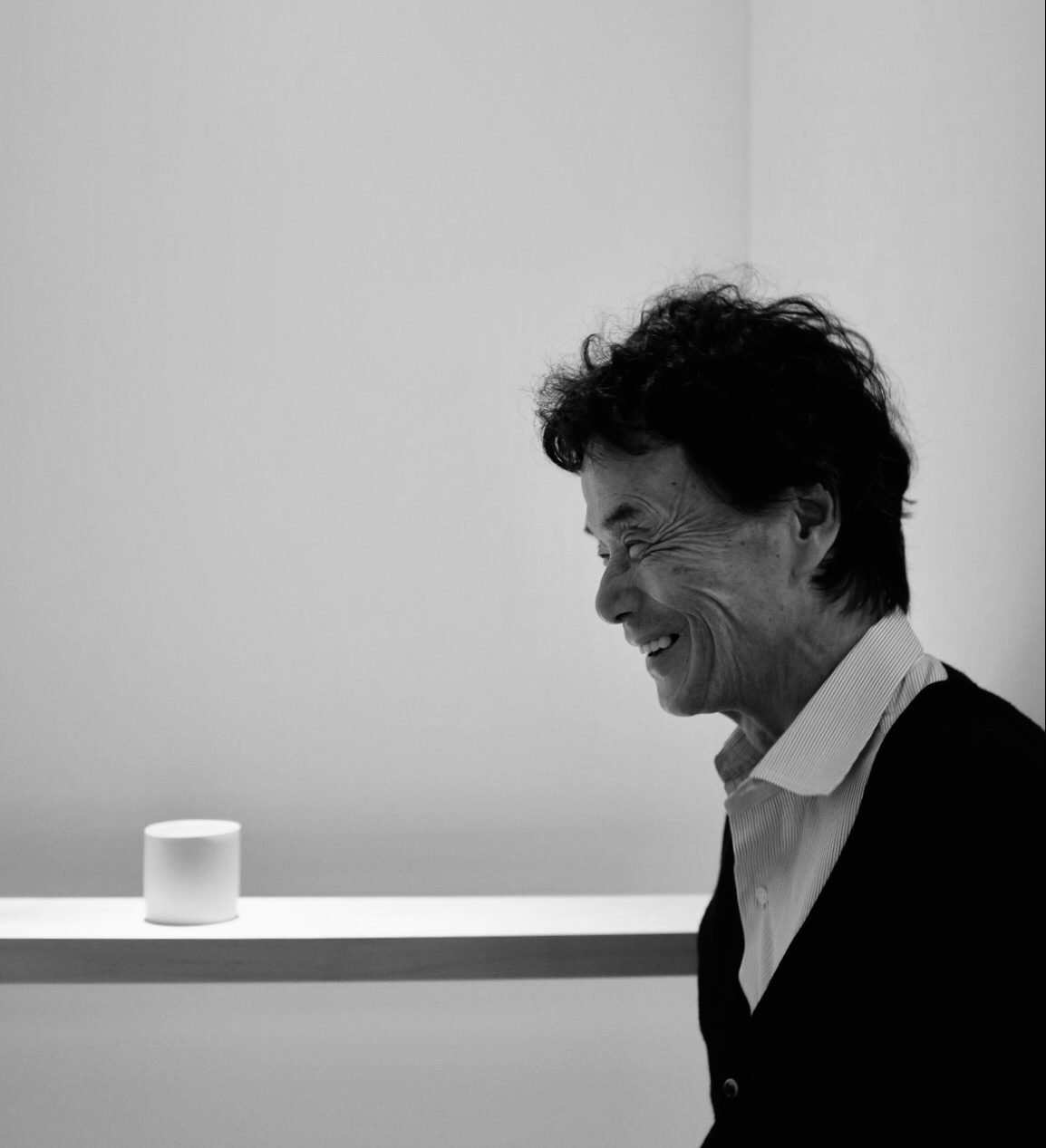